Art over Everything - commerce, creativity and the African ideal 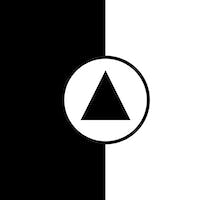 Subscribe to my newsletter and never miss my upcoming articles

Art is one of the many things that are universal to humanity as a people. To be creative one only needs to look into one's self, and speak out loud that which one sees. Even before becoming a Software Engineer, I was a poet.

Poetry is the primary constant in my reality. The winds whisper it, the earth hums rhythm and the trees sing to me a thousand tales of life unseen.

It is a pleasant thing to come across a creative. This blog post is an interview with an individual well-experienced in the creative arts. She is an established "strategic communicator on a mission to connect people". In truth, she succeeds in doing this in many ways each day.

↠ "What is your creative background?"

⥅ I was really fortunate growing up. My grandfather was a famous Art Director, and painter, himself - and has shown his work at the Metropolitan. I was always surrounded by the arts. My mother, as well, was an actress on Broadway and other soap operas as well. I did grow up in an environment that was really steeped in the arts. I grew up painting and then in my undergraduate degree, I did a minor in fine arts - focusing on oil and acrylic painting. Earlier years, I was really privileged, to have been in a household with great appreciation for the arts.

I was a gymnast growing up, but I did not fully connect with dance or movement, until my early twenties. At around 23, I picked up salsa dancing and got really interested in Latin Rhythmos. From 24 to 26, I moved to Mexico and danced in a Latin Dance company, competing in salsa.

Professionally, I have worked primarily in marketing. Typically in an agency, my role has been either that of a creative or a digital strategist.

↠ "How would you describe your interest in art?"

⥅ I feel like is life is a meal, art is the flavor. Without art, and art's connection to how culture is represented, I don't think we have any flavor in life - we have no joy, and no sadness. I really think it is the pinnacle of expression.

↠ "When you hear the term African art, what comes to mind?"

⥅ So, big picture - but not to describe it - my immediate thought, is "undervalued on the world market". I find it very interesting that the art sellers of the world, are only now beginning to look at the continent. When you think Latin rhythm, soul, the blues... you don't have to trace it too far back before you get to Africa. In truth, I think that this is something the West doesn't fully account for. Overall, I would describe African art as art created or expressed by African artists, and maybe even possibly in their diaspora - or people that have a connection or root here, that they say is directly influencing their work. We'd probably need to create a big thought board to align all of this. The question of the nature of art is large in itself, and within African art, it creates another dimension of uniqueness. Does art in Africa include African craft goods, and at what point does art remain what it is, and craft stay the same? This would be interesting to discuss, as it is also a question of what art holds value.

For as much as I said that I think visual arts are being undervalued, such as paintings, I still feel that they hold a higher place in society that dance, poetry or written word. Africa as a whole is quite immense, and in my personal experience, a writer once told me that while she had gained a lot of popularity from her work, she is still yet to reap equal financial rewards. This is true in her case, even for works that are distributed in her national school system, almost in the manner of a standard curriculum - which is really interesting. In comparison, it is highly unlikely that a book would be widely read in the western world, and the author would receive little to nothing in return.

It is often the case that artistic forms are viewed out of context. For instance, I met a dancer that was very talented in Ballet and wanted to further his studies in it. Unfortunately, the only strong dance academy in his country only focused on African Dances. I do think there is some barrier to entry on this continent. For instance, art forms such as orchestras, ballets, philharmonics, are often stigmatized as western, which is ironic seeing as most of them are from the Far-East.

Often, varying art forms are not looked at holistically, as many parts of the continent are still working to find their own voices. This makes it hard to include or incorporate the voices of others. I have found for many artists, this can be as much of a blessing as it is a curse. As it can either mean growth for an artist in their chosen discipline or falling off due to lack of support.

↠ "What are some challenges faced by African artists?"

⥅ On the continent, an artist could paint with technique as superb as the greats, yet the moment the painting addresses an African subject matter, it is immediately seen as African art. Quite often art in this context is categorized or compartmentalized too quickly, and I struggle with that.

Honestly, I feel that the best way to support African art would be by not limiting it. ~V.M

In truth, there is a need for that balance of making sure that there is a cultural or relevant uniqueness to the subject matter. Yet, I guess I internally believe that the level of uniqueness comes more from the artist. I think that the creations of an artist should be representative of the artist as a person first, and not be primarily bound to the location or point in time at which the art was created. For instance, Michelangelo wasn't who he was because of the Renaissance, but rather this art period was a time that he lived in. I think so often in the modern age, we reverse this, and say "You're African". But why should that limit an artist's work?

↠ On society & the Arts:

⥅ I think that art should be representative of the artist, as is it first a product of its creator, and what such a person is attempting to express. While this is meant to happen post-creation, far too often the context is assigned pre-creation, and then this becomes a prelimiter of what African youth can see as value in the society. All over the world, value is perceived in different ways - whether in Europe, North America, Asia, South America, or elsewhere. Whether consciously or not, people in these different locations place different values on varying types of art.

With more classical forms of art, one often finds that its modern patronage exists for the purpose of networking or social status, and not for the honest appreciation of the art in itself. There is much value in preserving classical art and making sure those pieces remain. Yet, at what point does art remain relevant to the society in which it lives? This is a common debate.

In the African context, with regard to dance, there are little fine-art aspects to a lot of modern creations. Truly, there is a really high-threshold to overcoming this. At what point does an artist who paints stop creating paintings of craft - for tourists - and start creating art. One can quite easily define this, yet society has to make this definition as well. A professional pursuit of the arts, ought to be seen by society as a valid career and as one that adds value in return as well.

I do think this is happening. I am very positive about the Arts on this continent, and its scene is maybe one of the most exciting. In West Africa especially, arts and culture are so rich - whether it's painting, sculpting, performance arts, history-keeping through stories, art-dance or music-making - and there is a lot of this present. This does not seem to be disappearing or changing at any time soon.

↠ "What is the role of commerce in the artistic ideal?"

⥅ High-level when we are talking upper echelon of the art world, these things are being noticed, and I think this is beginning to have a ripple-down effect. What we see in these markets or shops that collect art, is that far too often they are collecting craft and not art. They do this without really accounting for the aesthetic value, and doing a full art critique on pieces and the people that made them. Indeed every piece of art, isn't just what you see in front of you. It is the process of it that creates value - and of course the supply and demand behind the process. I think, far too often, it is art not created for art's sake, but created for purchase.

Secondarily, there is maybe over-arching leverage that is not necessarily the art world's fault. Too often, art produced on the continent is seen as "African art", and this is such a broad term. When these items are marketed to those outside the continent, much of their uniqueness is removed in the process - causing these pieces of art to be stripped of their locality and even more so their authenticity. Unfortunately, this is a much larger issue that the art world is a part of because artwork ought to be differentiated by region and culture, among other things. There is a gap in this regard.

There is a need for more co-operative associations for the arts on the continent. While these are coming in more formalized manners, there is no direct path to get there. Taking startups as an example, in the 1980s there were little to no training programs or accelerators on the continent. An awakening needs to happen in the present, for the arts in Africa.

Joining the board of the Gertrude Foundation and the Accra Art Fair, I am excited to see the growth of the art scene here in Ghana and across the African continent.

Art is in itself deeply rooted in the African way of life. There is yet still much to be done in the way of fully comprehending its relevance to the continent's various peoples. In time, it is my hope that our appreciation for it grows. We have a long way to go, yet we can only get there by taking a step at a time. Hopefully, this short interview essay is a resounding motion that will help in getting us where we need to be.

All photographs were sourced from unsplash.com